“Healthcare influenced more votes than any other issue at the last Federal election and two million Australians now living with a Covid diagnosis will likely entrench that.

“This week’s negative polling on the Federal Government’s handling of the pandemic and economy continues to support our prediction that Covid and health will likely sway votes – and even the result – at May’s election.

“The arrival of a heavily-mutated variant like Omicron within five months of Delta also means there’s every chance Australia could be facing another outbreak from another new variant heading into the Federal Election campaign.”

“However, the biggest threat to business and voter confidence is not the virus itself, but politically-opposed state and Federal governments making decisions based on electionomics, not epidemiology or the economy.

It comes as top US Government Covid adviser Anthony Fauci also warned on Tuesday Omicron may not be the end of Covid with further mutations possible, supporting Provocate’s recent prediction Australia could be facing another virus variant in time for the next Federal election, slated for May 2022.

Figure 2 Source: Provocate analysis of Federal Dept of health national ‘Top 10 Chronic Conditions’ and analysis as a 7 January 2021 of verified Federal and state health department sources and others, such as Our World in Data and covidlive.com.au. Some state and territory figures may be from the prior day at time of publish.

“The big unknown is whether Covid continues to matter when Australia is predicted to go to the polls in May – and whether opposition parties can continue to maintain voter dissatisfaction for that long.

“Much of this will hinge on how the longer-term impacts of Covid for the millions of Australians who now caught the virus, and how much onus attention medical, patient and worker representations place on having them recognised as chronic illness.”

About 90 per cent of total Australian cases have been recorded in the seven weeks since Omicron’s arrival in late November. That equates to an 800%+ increase in recorded cases in less than seven weeks, noting actual infections in the community were likely double or more that due to restricted testing options.

Provocate last week predicted the rapid transition from Covid as a public health and economic threat to a personal problem for millions of Australians would negatively impact voter views towards the Federal Government leading into the Election.

This was supported by this week’s Resolve Political Monitor, which showed since the May 2021 Federal Budget:
-ends-

Spokesperson Bio: Troy Bilsborough has been the Managing Director and Founder of C-suite strategy consulting group Provocate since 2017. Troy is Australia’s leading Electionomics specialist and has been delivering win-win-wins on Australia’s biggest policies and issues for over 15 years for companies, communities and the country, including as an award-winning C-suite Advisor; former Senior Advisor to the Federal Health, Aged Care, Sport and Child Care Ministers, and two Brisbane Lord Mayors; as well as a journalist covering business, politics and sport.

Company Bio: Provocate is a multi award-winning C-suite strategy advisory group specialising in helping global, large and listed entities operating in highly-regulated markets take advantage of Electionomics by minimisin0067 their government, competitor and external risks, while maximising opportunities that mutually benefit the company, as well as the communities and countries they operate in. 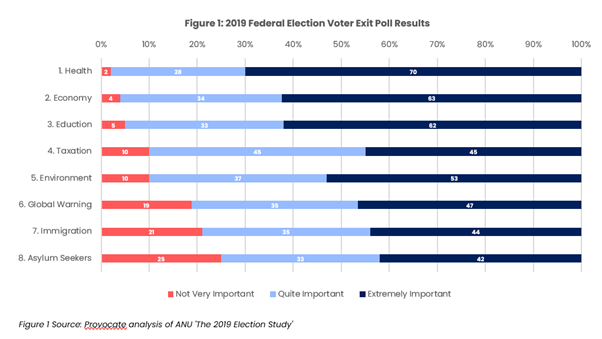